Since existence, Sex is the term that human is very much related to. Most of us spend our entire lives in trying to fulfill the craving of our sexual desire and still die not accomplishing the satisfaction to our sexual lives.

Sex is a very much mystical act to understand since it could be perceived in different ways at different levels of human awareness. In my prospective, to define sex is as vast as defining the boundary of an ocean with naked eyes.

To understand the phenomena as subtle as sex, one must be able to perceive sex beyond the desire of sex. The human perception about sex changes totally in the moment one goes beyond the sexual desire.

Sex-A source of pleasure or a source of deep intimate ecstasy?

When one performs sex just out of desire and just to fulfill the emptiness of mind, sex leads to more hollowness. In such case, sex just becomes an object of entertainment and this objectification leads to loss of natural flow of energy that exists within the phenomena of sex.

On the other hand when one goes beyond the desire of sex and then performs sex out of a satisfaction but not hollowness, sex becomes an eternal state of existence. A mystic who is in utter peace of mind, sex no longer remains an object of entertainment, but for such mystic, sex becomes a very natural way to feel the physical existence of a being to the deepest levels of intimacy.

In my hope to find the meaning of life to some deeper extent, I started travelling. Since I was born in India and India is considered land of mystics, I went to India to understand something as mystical as life.

While travelling in India, I met so many monks and sadhus. I was surprised that those monks have quit worldly pleasures in search of something mystical.

It was even more surprising to me when I came to know that those monks were forcing to be celibate in hope to get enlightenment.

One who is filled with love is a celibate in my eyes. It does not matter if such person indulges in sexual activities or not.

One of the reasons I got spiritually awakened was since I never repressed any act in my life. Awakening is a pure result of freedom. No one in this universe could  become aware of spiritual awakening by repressing natural act like sex.

After unlocking my own inborn wisdom, I realized that one who has overcome the desire of sex is only capable to perform sex out of love. One who performs sex out of love is really a celibate in my eyes 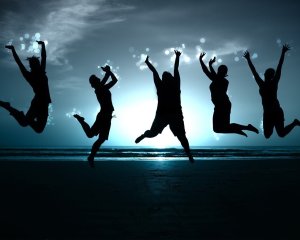 Celibacy is not about repression but freedom

Even though I never judge human since I love human imperfection so much, but somewhere in my heart I felt pity for those monks who were forcing to be celibate to attain something mystical in life.

I hope one-day humanity would understand the true meaning behind the teachings of enlightened people like Buddha.

Sex is an act,humanity is crazy about in the civilization. In fact sexual orgasm is the only pleasure most of humans have in civilized society.

But life offers other orgasms which are far deeper than sexual orgasm. In fact life is all about experiencing orgasms at different levels of awareness. But misery is that human has lost the capacity to shift awareness level.

Most of us live in the lowest levels of awareness where one could never rise above sexual orgasm. I am sure that if human was never got into civilization, he would have never lost his capability to shift awareness level to higher levels.

In civilization Death is considered as worst human experience since it ends life. Most of us often cry or get sad when somebody dies. But the fact is that death is most orgasmic experience human could ever have.  Human experiences death at the highest level of awareness.

There are so many awareness levels which exist between sex and death. I would say sexual orgasm is of lowest quality since it occurs at lowest level of awareness. The more one rise above sexual orgasm and go toward death, the quality of orgasm increases.

Civilization has occupied human mind so much that it has become most difficult for human to shift awareness levels above the sexual point of awareness. Most of us live in lowest level of awareness and die without ever experiencing infinite bliss and joy life offers at higher levels of awareness. 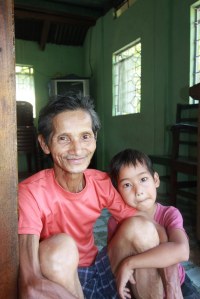 From Sex to Death,Life exists in different levels of awareness and each awareness level leads to different state of orgasm.

I hope one day human would understand that life is nothing more than an awareness at different levels and at each awareness level, different type of orgasm exists.

It is life not death that is mysterious. Most of human feel the other way though. It is very easy for human to feel that death but not life is mysterious since death is unknown.

Most of us never realize that life is lot more than our daily mechanical activities. Life has indeed lot more to offer than robotic life style which capitalism offers.

But only when one goes to the other side of pendulum and touches consciousness, one could realize that death is not mysterious at all. In fact death is nothing more than valley of love.

I am really hopeful that human would realize the fact that its life not death that is unknown mystery.

Nobody could ever define Bliss. Intense feeling like Bliss can not be put in words since scope of language is limited to express something infinite as bliss.

But one thing everybody who ever starts feeling bliss says that purpose of life is to feel bliss. The scope to define bliss is certainly limited but how to feel bliss could definitely be explained.

To understand ways to feel bliss, one must understand that life is a pendulum of celebration, which moves between sex and death. Each breath gives an opportunity to celebrate life.

One who celebrates life with each breath cycle realizes that bliss lies in oneness. It does not matter oneness attained with sex, dance, music or even death. Only in celebrations, one goes beyond the thought and fall into the kingdom of bliss.

Most of times our corrupted mind start judging acts. In process of judging we move far away from intense feeling as bliss.

I hope one day human would stop judging and start celebrating each moment of life, which comes with each breath cycle to feel the bliss lies in moment.

I hope one day human would realize that any act from sex to death, which is being offered to life, is a celebration and the whole purpose of every moment and every act  is to feel bliss.

Sex is the reason behind life. In other words life starts from sex. Bliss involves in sexual orgasm gives rise to life.

Since bliss gives rise to life, life shares deep connection with bliss. The reason to have life is to feel bliss.

Even though experience of bliss starts from sex, but sex is not the only act for life to be in bliss. Sex could be the start for life to feel blissful.

Death is the last act for human to feel blissful. I would say if sex is a pond of bliss then death is an ocean of bliss. One who could swim in both is living a complete life.

Life is no more than an awareness, which swings back and forth between sex and death. Misery with human is that he is not aware of bliss involves in Death. Most of human never feel bliss in any other phenomena other than sexual orgasm and the one who feel bliss in sexual orgasm never realizes that bliss is a natural phenomenon, which does not depend only upon  one particular act like sex.

One who realizes the bliss lying behind Death and still keeps on swinging back and forth between sex and Death truly appreciates life from all aspects.Such Human being  is a mystic and Life of such mystic is a gift to human race.