Death always flows along with the flow of life. A very alive person always feels the synchronous flow of Death that occurs with Life.

To separate Death from Life is just ignorance towards life. One can never live life complete without the experience of Death. 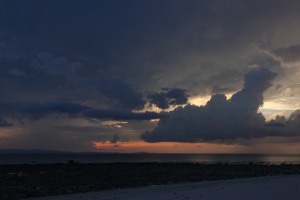 Death is nothing but an expansion of Life.

I am feeling very sad in this moment. I felt this kind of sadness after long time. I don’t know how to act in this state of my existence. So I just started writing to put sadness into words.

Often when I feel extremely sad, my sadness always leads me to some ecstatic event of life. So in my opinion sadness is just an omen towards Euphoria.

I feel that Sadness is just a  way for our soul to communicate with us. In my opinion, sadness is no different from another sacred expression of our soul. 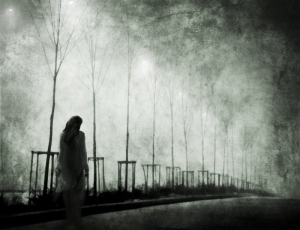 Sadness is another sacred expression through which our soul communicates with us.

I feel very grounded and humble in the moment of extreme sadness. My feelings of deep sadness are not very different from the feelings of love. I would say that deeper one feels the sadness , the more one goes towards love since sadness and love are just two different expressions of same entity called soul.

I feel that Ecstasy exists since sadness exists. Without sadness, only dullness could exist.

Somehow I already started to feel ecstatic while embracing sadness while writing. So I am going to quit writing anymore since I promised myself that I would only write this post out of my sadness.

Life cannot be complete if someone cannot live up to both human and spiritual aspect of his personality.

During human aspect of our personality mind acts as master of body. Mind generates thoughts based upon which body acts. Since thought is mundane, human aspect of us is temporary and imperfect.

Spiritual aspect of personality comes into picture when one starts going beyond thought. The moment one goes beyond thought, one touches perfection.

Most of human keep striving for having spiritual experiences without realizing that spirituality is part of human existence. None other than our own inner self in this universe can help us experiencing spiritual aspect of our personality.

Some who go beyond mind and start having spiritual experiences never want to live for human imperfection anymore.Such kind of people start living life in their own spiritual world forgetting about human aspect of existence.

One who has touched perfection but still live appreciating  imperfection is greatest of all.

Existence is a subtle and joyful. It is indeed one of the most mysterious phenomena. For centuries human has been trying to understand Existence.

In search to understand existence, human has been following religions, spiritual gurus and various other belief systems.

Undoubtedly there is nothing more joyful and blissful than existence. But for centuries, human has been lacking the capacity to feel blissfulness lying in existence.

Existence is  subtle but most joyful if one looks at it with quiet mind.Only a genius can witness existence.it is not an act of dull mind

But I wonder why human is lacking capacity to feel bliss lying in existence?

One reason could be that human is too busy to understand meaning of existence that he forgot to feel it. There is no way that one could feel existence while trying to understand it.

The meaning of existence is to feel it. There is no other way to rationalize phenomena as subtle as existence.

I hope one day human would understand that existence cannot be understood but it can only be felt.

I hope one day human would not miss all the bliss lying in existence in trying to understand meaning of it.