What happens at the time of Death? I was always curious about this question from my childhood. I would often ask this question to my parents, my schoolteachers but everybody would always ignore this question of mine. 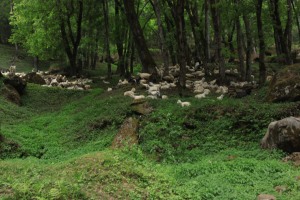 It’s Life not Death that is mysterious.

In trying to unveil mystical phenomena of life and death, one day I came across my own mind. Not until I passed out of college, I realized that I got mind, which constantly keeps, on generating thoughts.

The moment I realized about my own mind, which generates thoughts, every micro second, I started wondering what happens when my mind does not generate any thoughts.

I realized that there is one feeling called love, which exists at the time of me being thoughtless. The more thoughtless I could be, more I could feel the infinite love condensed in my heart.

Surprisingly I started realizing that meaning of life is to feel the infinite love human is born with.

I was fortunate to go beyond my thoughts and realize that Death is nothing more than a valley of love. In fact I was fortunate enough to understand that Love is the only bondage between Life and Death.